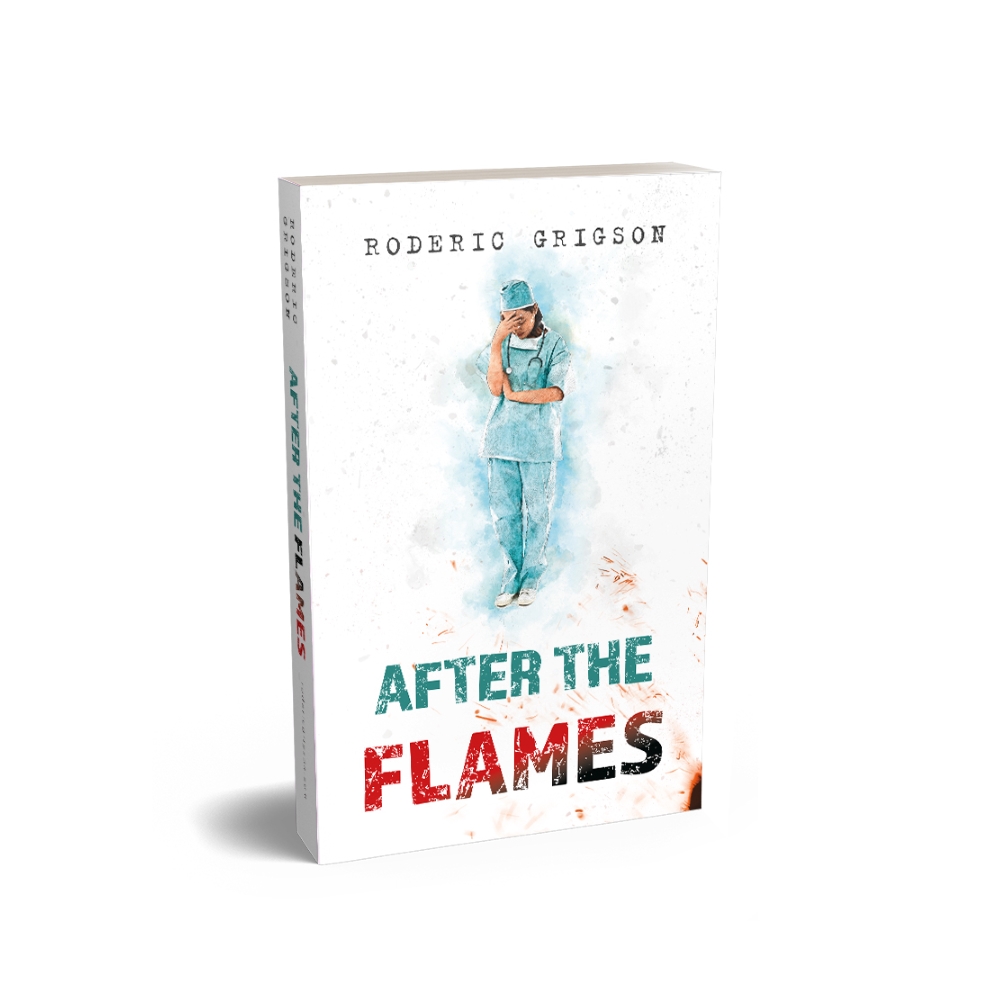 ‘After the Flames’ is the second book I wrote, and the one for which I was totally unprepared.

Having published my first book ‘Sacred Tears’ in early 2014, my intention was always to write a trilogy with some of the characters I had introduced in the narrative carrying on into the second and third book.

The structure of ‘Sacred Tears’ was developed with this in mind, and I went as far as laying out the next two books, even giving them titles.

However, at my book launch in Sri Lanka, where the bulk of the story is set, quite by happenstance I met an extraordinary person whose background story so inspired me that I decided to base my second book on her work.

Dr Chandini Perera is the Head of the Burn Unit at the Colombo National Hospital and despite being one of only a handful of plastic surgeons in the country, she performs reconstructive surgery to burn victims from all walks of life.

When she first started working with burn victims, she noticed that most of her severe burn patients were women and that the burns followed a similar pattern.  As she got to know the women, they confessed that domestic abuse had driven them to set fire to themselves. Most of the victims were poor and their living conditions make them vulnerable to the danger of fire.

But there was a disturbing dynamic in some cases: Women were being set on fire by their husbands and boyfriends, and others set themselves on fire in an empty bid to escape abuse.

It’s not well known that only 5% of the world’s burns occur in the developed world, the other 95% occur in the developing world? Most major burns in Sri Lanka are intentional! Due to prevailing social, cultural and ethical taboos, people are loathe to admit the real causes of these, even to themselves.

Those who survive the burns do so with disfigurement and disabilities requiring long recovery periods. That process tends to be more emotional than physical, Dr Perera says, noting that victims are often ostracized. That, in turn, keeps the problems hidden.

In Sri Lankan culture, domestic abuse is not openly talked about and in some ways, is seen as normal. Dr Perera believes that empowering burn victims to re-enter society will help change social attitudes. She now works tirelessly to bring attention to this widespread and hidden problem.

Writing ‘After The Flames’ was not easy. Researching the treatment and care of burn victims took most of my time.

The history of burn treatment is almost as old as burns themselves but there always will be a need to develop better burn treatment and a deeper understanding of how burns kill.

Much of my material came from a book called the ‘Burn Unit’ by Barbara Ravage which offered a rare glimpse into the world of a Level 1 burn centre at the Massachusetts General Hospital.

Putting what I learnt into a story which portrayed both the despair of the victims and the selfless, compassionate dedication of their carers was a challenge.

It took me almost two years to do the research, write the story and have the book published, but it’s finally happened.

(Read more about After The Flames – including where to buy it – on my books page).